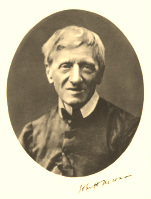 From the days of the Reformation a war has raged concerning England and its church in relation to its submission and loyalty to Rome. The Roman Catholic Church counts the conversion of England, and its National Church, as one of its most sought after achievements, and will not rest until it is fully complete.

John Henry Newman was a key instrument in the 20th century to bring the Church of England into Rome. Rome is still using him towards this end. This short booklet will also reveal the secret workings of the Jesuits within the Anglican Church during that period and expose the principles which are still being used by them today in Evangelical circles.