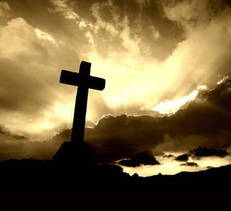 "Conversion is not a repairing of the old building; but it takes all down, and erects a new structure. It is not the sewing on a patch of holiness; but with the true convert, holiness is woven into all his powers, principles and practice. The sincere Christian is quite a new fabric, from the foundation to the top-stone. He is a new man, a new creature; all things are become new (2 Cor 5:17)."-Joseph Alleine

"The man with a cross no longer controls his destiny; he lost control when he picked up his cross. That cross immediately became to him an all-absorbing interest, an overwhelming interference. No matter what he may desire to do, there is but one thing he can do; that is, move on toward the place of crucifixion.  A.W.Tozer"


"Are there not millions of us who would rather go sleeping to hell; than sweating to heaven?" -Thomas Watson.

"Salvation is a helmet, not a nightcap." - Vance Havner

“I have examined the evidence and found that our generation has experienced more apostasy than revival. Preaching salvation without repentance, heaven without hell, Church membership without regeneration, and the baptism of the Holy Ghost without the new birth, we have filled the Church with the unsaved.” - B. H. Clendennen

“I doubt that more than two percent of professing Christians in the United States are truly born again.” - Leonard Ravenhill