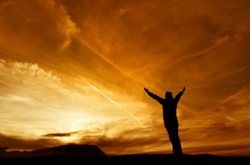 “Oh for a great and general revival of true religion...Let us pray for such a visitation of the Holy Ghost with our whole souls. It is not only desirable, it is essential; we must either be revived by the Lord Himself, or the churches will descend until error and ungodliness swallow them up. This calamity shall not happen but only divine grace can avert it.” - C.H. Spurgeon

"O, prostitute Church, you have displayed your foulness to the whole world and you stink to Heaven. You have multiplied your fornications in Italy, in France, in Spain and in all other arts. Behold, I will put forth my hand, says the Lord, I will smite you, you infamous wretch... O priests...you whose example has entomed this people in the sepulchre of ceremonial, I tell you this sepulchre shall be burst asunder, for Christ will revive His Church in His Spirit." - Savonarola (shortly before his martyrdom in 1498 when he was burnt at the stake)

"God's time for revival is the very darkest hour, when everything seems hopeless. It is always the Lord's way to go to the very worst cases to manifest His glory." - Andrew Gih

"I began to read the Holy Scriptures upon my knees, laying aside all other books, and praying over, if possible, every line and word...I would be so overpowered with a sense of God's Infinite Majestey, that I would be contrained to throw myself on the ground, and offer my soul as a blank in His hands, to write on it what He pleased." - George Whitefield

"Real revival does not begin with joyous singing. Evangelistic meetings may and should so begin, for we are declaring good news, but revival begins with conviction and repentance on the part of Christians. We try to make God’s house a delightful place when first it may need to be a dreadful place. Repentance must precede rejoicing. Jacob said, 'How dreadful is this place! This is none other but the house of God…'"  - V. Havner

"We don’t have revival because The Church does not feel the need for revival as it should." - John Elias

"All appered to be baptized with the Holy Ghost and with fire. The meetingings wore a solemn and calm aspect throughout. Many tears fell and many sighs rose up to heaven. The Lord owned His Word as his own, and the Divine presence seemed to
move through the mighty multitude...The cloud appeared to hang overhead behind and before us, and now and then a
rich drop descended, but this afternoon the cloud burst and the shower fell, and the whole house of prayer was the habitation of joy. The heaven was so near the earth, that we seemed uncertain whether we were in the body or out of it;" - A testimony from the 1859 Welsh Revival - Once more Lord!

"A revival of holiness is coming to this nation." David Wilkerson

"Oh! men and brethren, what would this heart feel if I could but believe that there were some among you who would go home and pray for a revival ­ men whose faith is large enough, and their love fiery enough to lead them from this moment to exercise unceasing intercessions that God would appear among us and do wondrous things here, as in the times of former generations." C.H. Spurgeon

“I see no reason why we should not have a greater Pentecost than peter saw.” C.H. Spurgeon

"Power ridicules the strength of the enemy." Evan Roberts

"And he spake before his brethren and the army of Samaria, and said, What do these feeble Jews? will they fortify themselves? will they sacrifice? will they make an end in a day? will they revive the stones out of the heaps of the rubbish which are burned?" - Nehehiam .4:2,

"God's truth must be faithfully and perserveringly proclaimed; God's promises must be pleaded in humility and holiness; God's dealings in past revivals should be studied and His powerful intervention today diligently and patiently sought:" - Eifion Evans

“In every revival there is a re-emphasis of the Church's missionary character. Men return to Calvary, and the world is seen afresh through the eyes of Christ. The infinite compassion of Christ fills the heart, and the passion evoked by Calvary demands the whole wide world as the fruit of His sacrifice.” – John Shearer

“Let your hearts be much set on revivals of religion. Never forget that the churches have hitherto existed and prospered by revivals; and that if they are to exist and prosper in time to come, it must be by the same cause which has from the first been their glory and defence.” – Joel Hawks

"There is a growing conviction everywhere, and especially among thoughtful people, that unless revival comes, other forces will take the field, that will sink us still deeper into the mire of humanism and materialism." - Duncan Campbell

"The God of the Old Testament saints and prophets was the God of Revival." - B.H. Clendennen

"As God, from the beginning has worked prominently through revivals, there can be no denial of the fact that revivals are a part of the divine plan.” – E.M. Bounds

"The promises of the Word of God that show God's desire and will to send revival are legion and we need to search them out." - B.H. Clendennen

"It's true that (many) are praying for a worldwide revival. But it would be more timely, and more scriptural, for prayer to be made to the Lord of the harvest, that He would raise up and thrust forth laborers who would fearlessly and faithfully preach those truths which are calculated to bring about a revival." - A.W. Pink

"Revivals begin with God's own people; the Holy Spirit touches their heart anew, and gives them new fervor and compassion, and zeal, new light and life, and when He has thus come to you, He next goes forth to the valley of dry bones... Oh, what responsibility this lays on the Church of God! If you grieve Him away from yourselves, or hinder His visit, then the poor perishing world suffers sorely!" - Andrew Bonar

"Revival is that strange and sovereign work of God in which He visits His own people—restoring, reanimating, and releasing them into the fullness of His blessing...Revival is ultimately Christ Himself, seen, felt, heard, living, active, moving in and through His body on earth.” – Stephen Olford

"The word Revival is a descriptive expression signifying a radical process of revitalisation.” Gilbert Egerton

"Revival is Radical! You cant be touched by revival and remain the same. Revival radically changes lives. It is more than experience, manifestation, vision or feeling. It is Christ revealed to us, in us and through us." - K. Malcomson

"A revival can't be got up, it must be got down." - William Lockhart

"Revival is not some emotion or worked-up excitement; it is rather an invasion from heaven which brings to man a conscious awareness of God." - Stephen Olford

"Moreover all the vessels, which king Ahaz in his reign did cast away in his transgression, have we prepared and sanctified, and, behold, they are before the altar of the LORD." - Hezekiah (II Chron.29:19)

"The promises of the Word of God that show God's desire and will to send revival are legion and we need to search them out." B.H. Clendennen

“When God-given, heaven-sent revival does come, it will undo in weeks the damage that blasphemous Modernism has taken years to build.”—Leonard Ravenhill